There is a continuously growing industry of used items right now. In fact, research studies revealed that stores selling merchandise that were previously owned generate a yearly revenue of more than $17 billion and this doesn’t include yet those smaller sellers on Amazon, Craigslist, eBay, and other similar platforms. Many of these sellers as well as their buyers are usually curious to know if they still need to pay tax on furniture and other used items. After all, for used items, the furniture tax was most probably paid already during the original purchase. Do you still need to pay it again, then?

Just like anything else that has something to do with sales tax, there is no such thing as a clear-cut answer since each and every state implements its own set of regulations and rules when it comes to tax on furniture pieces that are already used.

However, there are several general guidelines followed by most states. Read on to know the answers to the most common questions that can affect whether or not you should charge furniture tax on the sales you get.

Do you run a business?

In case you buy items on a regular basis and sell them off again to earn a profit, the law typically considers you as a business owner, even for items that are already used. This will likely mean that you will have to collect the sales tax on the transactions you make then remit this money to your state of residence and in other states where you got nexus.

For instance, if you visit thrift shops and yard sales to look for cheap items and you list them on Amazon or eBay, you are in the business of selling used stuff to earn a profit. If this is the case, you will need to pay sales tax on furniture.

Are you subject to other states’ economic nexus?

If you are selling used stuff such as furniture online as a business, the location of your customers can affect your sales tax as well because of the so-called economic nexus. Almost 30 states already enacted the economic nexus laws imposing tax obligations on the remote sellers depending solely on the economic activity that they have in a specific state.

Good thing that exceptions are given to small sellers. Many of the states that have these laws exempt those businesses with gross annual sales lower than $100,000 or below 200 transactions within the state. However, thresholds might be different in other states and not all states have the same way of counting transactions. This is why you have to check with the specific states where you are selling.

It is easy to think that you won’t go beyond these numbers but if your business is on its way to growth or you have plans to do so in the near future, it is always a wise idea to be familiar with these laws.

Do you seldom sell used items?

How often should you sell for the state to consider you a business? All states have their own unique thresholds so it doesn’t matter how often or how much you sell because it is a must for you to do your research to know all the rules in your area. It is applicable even if you are only selling some of your used furniture at home or the exercise machine that has been gathering dust in the garage all these years.

You will probably fall under that occasional exemption from sales tax since many states don’t really require to remit or to collect sales tax on furniture if you are merely trying to get rid of those old things you no longer want. However, you have to remember that the guidelines might differ when it comes to distinction between occasional sellers and business owners.

For instance, Florida sellers are already regarded as business owners when they sell over two items in a period of 12 months. Yes, this means that if you were able to score only three sales in one year, you might already be obliged to register and collect the sales tax on your third sale. On the other hand, New York will consider you a business owner when you sell over $600 in one calendar year, deliver the items, and sell for over four days straight.

According to the Colorado Department of Revenue, you are mandated to collect and remit the sales tax on furniture even for occasional sales between private parties. It is also true even for those who are not registered in the state for sales tax collection.

Are you selling to raise charity funds?

Not all people who are selling used furniture and other items want to earn a profit. Auctions and sales for the benefit of charities have now become more popular than ever as a means of raising funds for special causes or needs. For example, there are communities that are formed to assist people who are in need of help and donate stuff that will be sold for raising funds.

Of course, it is a great thing but many states are taking their cut in the form of sales tax requirement even when a nonprofit benefits from the sales. There are several places like Rhode Island that categorize charity sales as occasional sellers as long as they don’t go beyond some thresholds.

When it comes to such sales, you have to research the taxable part of the sale. In Rhode Island, for instance, if tax has been charged, this will only be the item’s fair market value. For example, if the item was worth $100 and it was put up in an auction to help a charity, yet the item was sold off at a price of $300. The sales tax is applicable only to the $100 and the remaining $200 will be considered as donation.

However, in California, charitable organizations need to collect the sales tax for the sold item’s full sales price. This is why it is important to always check with the local Department of Revenue if you plan to sell items for the purpose of charity.

Protect yourself and educate your customers

Laws on sales tax can also confuse consumers, with many of them assuming that there is no need for them to pay taxes on used stuff like furniture. To give them a better experience, it is best that you inform them ahead of the sale that you will charge tax on furniture and other used items and explain to them the exact reason why doing so is a requirement for you.

HOW MAY WE HELP?

YOU MAY ALSO WANT TO LEARN 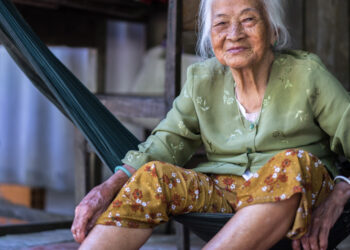 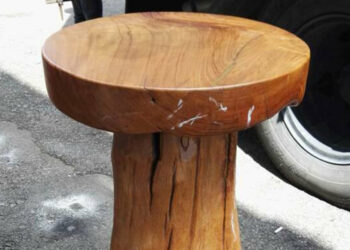 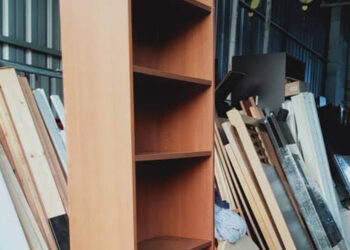